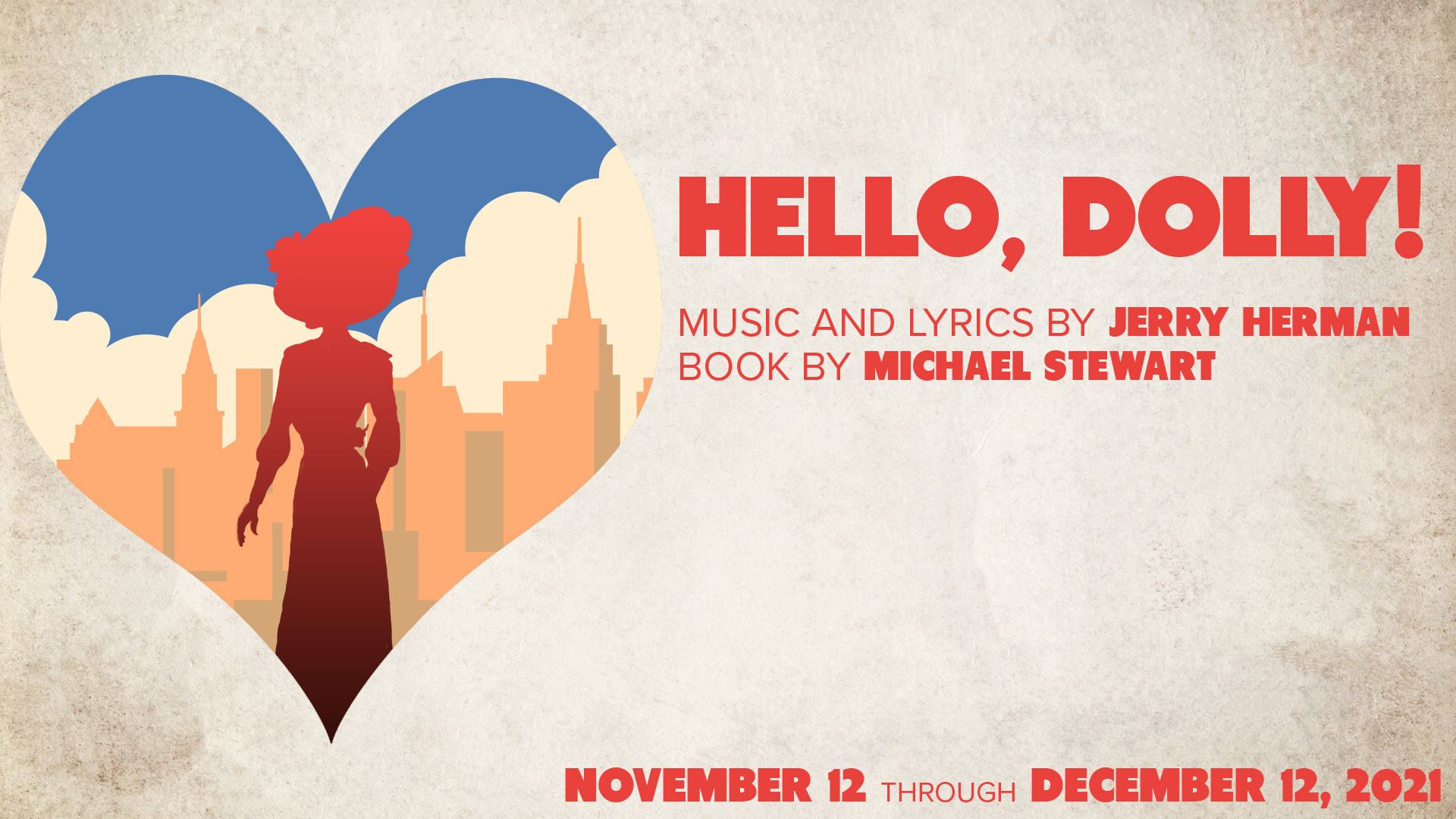 Hello, Dolly!, the blockbuster Broadway hit, bursts with humor, romance, high-energy dancing, and some of the greatest songs in musical theater history. The romantic and comic exploits of Dolly Gallagher-Levi, turn-of-the-century matchmaker and “woman who arranges things,” are certain to thrill and entertain audiences again and again.

The show’s memorable songs include “Put On Your Sunday Clothes,” “Ribbons Down My Back,” “Before the Parade Passes By,” “Hello, Dolly!,” “Elegance,” and “It Only Takes a Moment.”

*Safety is our priority. To keep our creative teams and patrons safe, our entire cast has been vaccinated.*

Book by Michael Stewart Music and Lyrics by Jerry Herman
Based on the play “The Matchmaker” by Thornton Wilder
Produced for the Broadway Stage by
David Merrick and Champion Five, Inc.