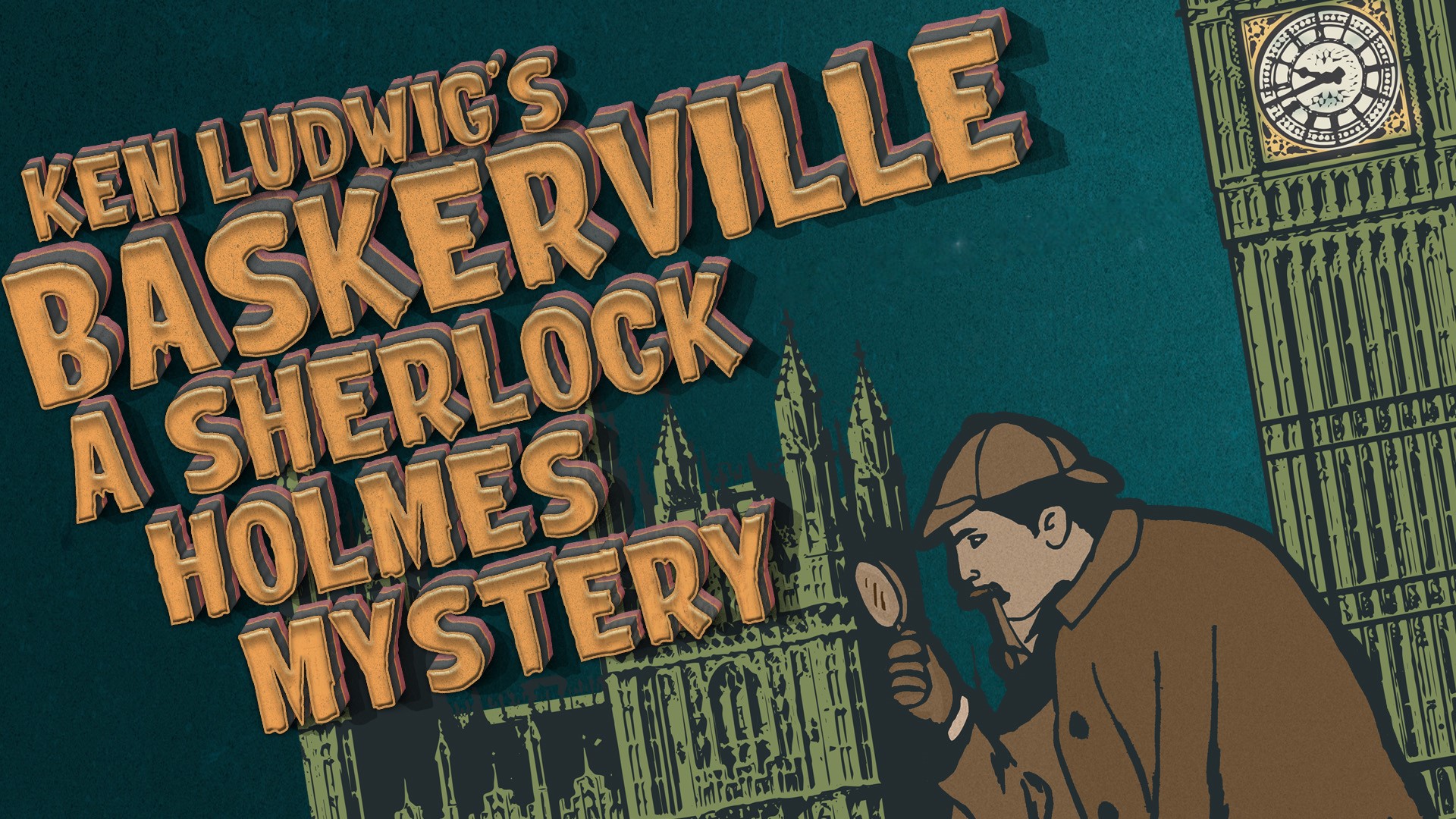 A ferocious beast has been terrorizing the Baskerville family for generations and Sir Henry Baskerville is next on its list. Enter the brilliant Sherlock Holmes and his loyal sidekick Dr. Watson, determined to thwart the dastardly creature before it claims its next victim. Throw in a cast of over forty characters, played by only five actors, and you are in for an evening of dastardly villains, beautiful maidens, and a sidesplitting retelling of Sir Arthur Conan Doyle’s classic tale The Hound of the Baskervilles.

If you loved LTVB’s production of The 39 Steps, then you’ll go mad for this laugh-out-loud comedy!

“The joy in watching [the] witty new play Baskerville: A Sherlock Holmes Mystery is not in solving the crime but in the plethora of wildly imaginative characters you meet along the way. By dispensing with British formality, Ken Ludwig has given us a play that is ingeniously funny and will keep you guessing until the curtain call.” – Broadway World

“Written by Tony-winning playwright Ken Ludwig, the new play turns one of Holmes’ most famous mysteries, The Hound of the Baskervilles, on its head. Instead of a heady whodunit, this production is a fast-paced comedy.” – Washington City Paper

“Baskerville is a madcap sendup of what you might hold dear about that Doyle classic, done up in the style of The 39 Steps.” – DC Theatre Scene